Today is Chronic Fatigue Syndrome Awareness Day, something that means a lot to me. In case you didn’t know already, I have CFS. I don’t keep it a secret. I feel it’s better to be open about my illness than to hide it. I know my limitations, but I also know what I’m capable of. 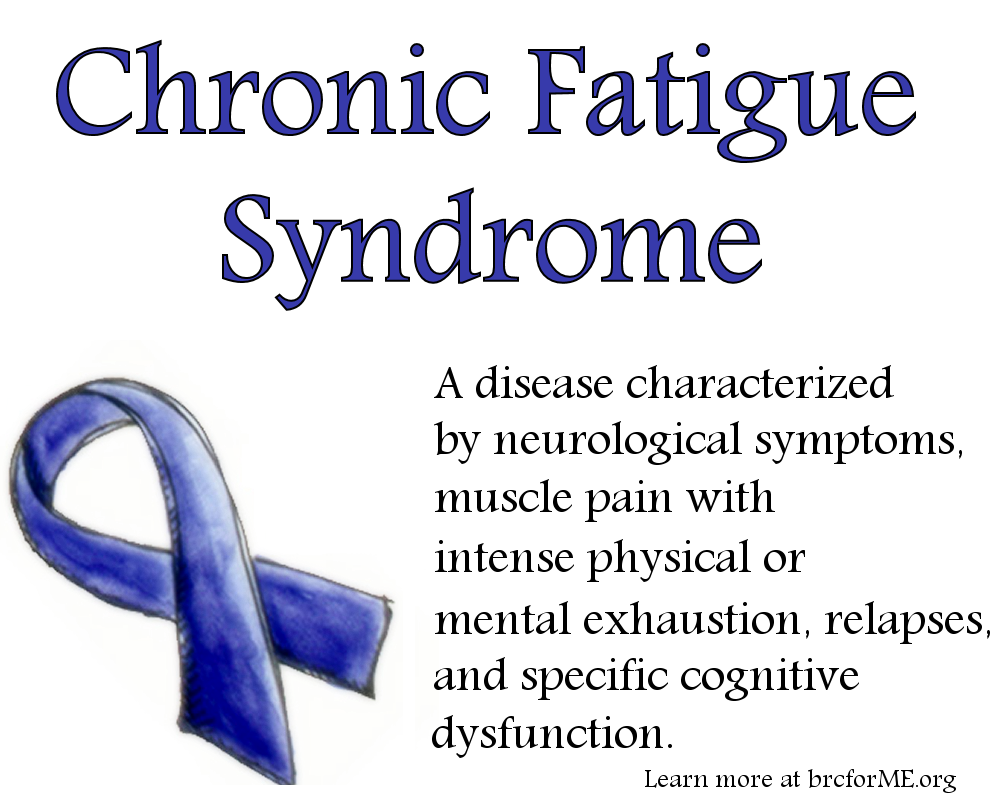 One of the most frustrating things in the world for a CFS patient is the complete breakdown of the medical profession when we try to discuss Chronic Fatigue Syndrome. Despite the fact that CFS has been recognized by the CDC and Social Security, and despite the fact that there is medical evidence that there are biological differences in people who have CFS and people who do not, many people – including doctors – think it’s a fake illness.

We’ve been called lazy. Hypochondriacs. We’re “just” depressed. “Everyone gets tired.” Yeah, well, not everyone gets tired like this. It took me nearly eight years to figure out what was wrong with me. Eight years without a single good night’s sleep where I would wake up feeling refreshed. Not one. OTC and prescription sleeping pills fail to touch me. I’ve taken 50mg of Benadryl and remained awake for three hours. (The same dose knocks my husband out for a full eight hours, working within minutes, and he’s groggy in the morning.) Ambien, Lunesta, Rozerem – even the expensive formulary drugs did nothing for me.

Then I got a doctor who would listen to me. My psychiatrist – though he’s not treating me for CFS, he’s treating me for anxiety. I explained my sleep deprivation and how I’d literally tried everything on the market to help me sleep. He prescribed me something that would help my anxiety and my insomnia – Remeron. The very first night I took it, I slept the whole night through. For the first time since I had mono in 1999, I woke up feeling refreshed in the morning.

Since then, the Remeron stopped working for my sleep, so I’ve switched over to Trazodone. Neither drug is marketed as a sleep medication, but that seems to be what works for me. Off-label use is amazing for people like me with hard to treat symptoms.

Symptoms of Chronic Fatigue Syndrome – and I’m going to list the ones that I specifically experience – include unrefreshing sleep, post-exertional malaise, poor memory and concentration, joint pain without swelling or redness, unexplained muscle pain, headaches, (occasional) lymph node tenderness, and sore throat. Those are the primary symptoms. My secondary symptoms include dizziness, chronic cough, pain in the chest, dry mouth, irregular heartbeat, limbs that feel “heavy,” mood disorders, hypersensitivity to light, and hypersensitivity to heat.

And I’m one of the lucky ones. I can work a (mostly) full time schedule. I’m a damn good writer. Post-exertional malaise for me is getting knocked out of commission for three to seven days because I stupidly attempted a full day of shopping on Black Friday – which is what finally led me to research what was wrong with me – or having to literally crawl up the stairs after attempting more than 5 minutes of aerobic exercise on our Wii Fit. (I can do yoga for longer, thankfully.)

People who aren’t so lucky find it difficult just to get out of bed. Walking down the stairs can be enough to keep them bedridden for the following week. These people can’t hold down jobs, not even working from home like I do. It takes everything they have just to feed themselves and attend to their very basic needs. The worst part is that friends, family, and doctors may not even believe that they’re as sick as they are.

The main problem is that CFS has no cure. Medical research has not yet found any biological indicators to identify CFS, so there is no single test to prove someone has this chronic illness. (It’s unlikely they will find any, as there are no federal research dollars spent on this disease.) Right now, diagnosis is made by identifying symptoms and ruling out all other possible causes. It makes doctors uncomfortable, so many of them ignore it and write it off as something imaginary. After all, if they can’t do anything about it, how can it be real?

My own primary care physician, when I broached the subject of obtaining a formal CFS diagnosis, told me, “There’s no test for CFS and no way to treat it.” And the way she said it left no room for discussion. Looking for a more sympathetic doctor, I fear, would be a wild goose chase, so I do my own research and have my symptoms treated the best I can. I don’t know if my psychiatrist believes I have CFS or not, but he’s willing to treat my inability to sleep and try to heal my mind in order to heal my body. (He claims that one of his former patients “graduated” from therapy and found that his “untreatable” congenital hardening of the arteries was cured. There could be hope for me.)

Please help spread the word – Chronic Fatigue Syndrome is real. Real people have real suffering. (CFS patients have a quality of life similar to patients with AIDS, multiple sclerosis, and end stage renal failure!) Tweets, Diggs, Stumbles, blog mentions are all appreciated. Because you know someone who has CFS. Me. Thank you.

My doctor gave me orders to test my blood for Epstein-Barr (EBV) and Lyme Disease! I may have something tangible to show for my suffering.