Last night, I attended a networking mixer for the Southern Saratoga County Chamber of Commerce, of which I am a member. (I got my plaque last night, too, although I have no storefront in which to display it!) I brought a job-seeking friend with me for company and to hopefully help her get some leads for work. I am so glad that she came along, because it would have been completely insufferable otherwise.

I write because I’m not good talking to people, especially people I don’t know very well. And strangers? Forget it. I can’t walk up to someone I don’t know and strike up a conversation. I’ll talk to someone who approaches me, but I’m like a seventh grade girl at a middle school dance, standing at the punch bowl waiting for a boy to talk to me. I’m going to make a generalization and say that many of us who are writers – and many of us who are into social media – are much better off socializing through text than we are through speech. I know there are exceptions. I’ve met some of the exceptions. But going to the Type-A Mom Conference taught me that many bloggers are a lot like me… although a little bit of alcohol, an adult toy giveaway, and some Guitar Hero karaoke can loosen us up.

But at that Type-A Mom Conference, at Social Media Breakfast Tech Valley, and at the local mom networking nights I’ve been to (one of those is being held again tonight) – it’s been easier to talk to people because I have “met” at least a handful of the other attendees online. We’ve chatted. We’re not complete strangers. Saying, “Hi, I’m Christina Gayle on Twitter” or “I blog at Cutest Kid Ever” is quite the ice breaker. The usual response is, “Oh! I’m [insert Twitter or blog name here]! Nice to meet you in person!”

The Chamber of Commerce event last night had no such ice breaker. I didn’t know anyone other than my friend and one or two staff members from the Chamber. The event was held in a banquet room of a restaurant that was too small for the crowd. There weren’t enough chairs for everyone, so once people sat down, they didn’t move so as not to lose their seats. People conversed in packs, and it seemed as if they already knew each other anyways. There were so many people standing that you had to say “excuse me” at every step, even when up at the hors d’oeuvres tables. It was not conducive to meeting new people and, well, networking. At the networking mixer.

My friend and I ended up talking to the other people who had managed to grab seats at the same table as us, though none of us had skills that really benefited each other. I did talk to a guy near the bar who runs a local business journal and may suggest that people who send him press releases hire me to write them. There are a lot of bad press releases out there. (Don’t we all know it?) I talked with someone else who may want to send me some of his excess blogging  work. My friend didn’t find anyone there who was hiring, but the former Chamber president gave her a lead and told her to use his name, so that was pretty awesome for her.

But mostly? It was a very painful experience. Much like that middle school dance, I was hanging out with my best friend, waiting for someone to notice me. She’s far more outgoing  than me, so she did strike up a few conversations on her own, which was great. But me? It’s really not my thing. I wish they were all on Twitter so we’d know at least something about each other going in.

I’ve committed to doing the next Chamber mixer, though, since they forgot to call me up to give my “30 second pitch” when giving me my plaque. She found me at my table and gave me my plaque there. Everyone else had been called up to the podium. It’s probably just as well she didn’t, though, because it was  too loud in there, and the microphone did not amplify throughout the whole room. Next time, everyone should be able to hear me, since I’m hoping it will be a more suitable location.

Tonight, I’m going to an event where I get to bring my son along for a pizza party and play time at Tumbling Tykes while the moms chat in the other room. I’ve met a few of these ladies previously, and several of us are Twitter friends. This will be a fun mixer. 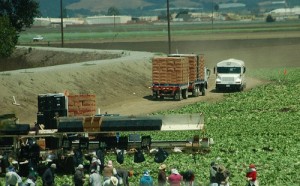 END_OF_DOCUMENT_TOKEN_TO_BE_REPLACED

If you’re recently self-employed like I am, you may have somehow forgotten that your quarterly estimated taxes are due tomorrow. And it’s not like when you file your tax return in April… this isn’t a postmark deadline. This is a “we need your check in our hand” deadline.

If you’ve properly enrolled with the IRS to make your payments online at EFTPS.gov, you’re all set. (For your federal taxes, at least… You’re on your own for your state and local taxes.) Or if you’re like me, you enrolled with your EIN instead of your SSN, and you can’t make a 1040-ES payment as a business entity.

There’s still hope! You can pay your taxes RIGHT NOW at Pay1040.com, a service of H&R Block. I paid both my federal and my state taxes through their Web site. So they can’t penalize me for being late. [thumbs nose at IRS] I was charged a $3.95 convenience fee for both tax payments – the same amount for the hundreds I paid the state and the thousands I paid the IRS. It’s a better deal than you get when you e-file your tax return in April.

So pay your taxes NOW.

I have not been compensated for writing this post in any way, shape, or form. I am just very pleased that I could use this service to avoid getting a penalty for a late payment on my estimated taxes.

My best friend graduated from college over the weekend. It’s been a long haul for her, as she has been plagued with health  problems that prevented her from getting her degree earlier. I’m so proud of her!

To celebrate her accomplishment, several of us took her to dinner at our local Carrabba’s Italian Grill. My husband Tom and I had never been to Carrabba’s before, and it was nice to know that we had an overnight babysitter so we could enjoy a nice dinner out with adults and not worry about hurrying home to the little guy.

END_OF_DOCUMENT_TOKEN_TO_BE_REPLACED

After two months of preparations, it’s finally time for me to announce the launch of my new company – Phenomenal Content LLC. If you are looking for content creation services, you’re no longer hiring “just” an individual – no matter how talented this individual may be. 😉 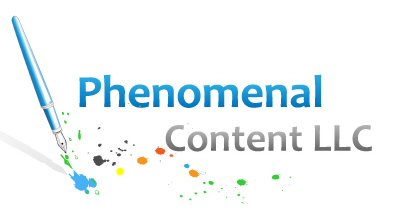